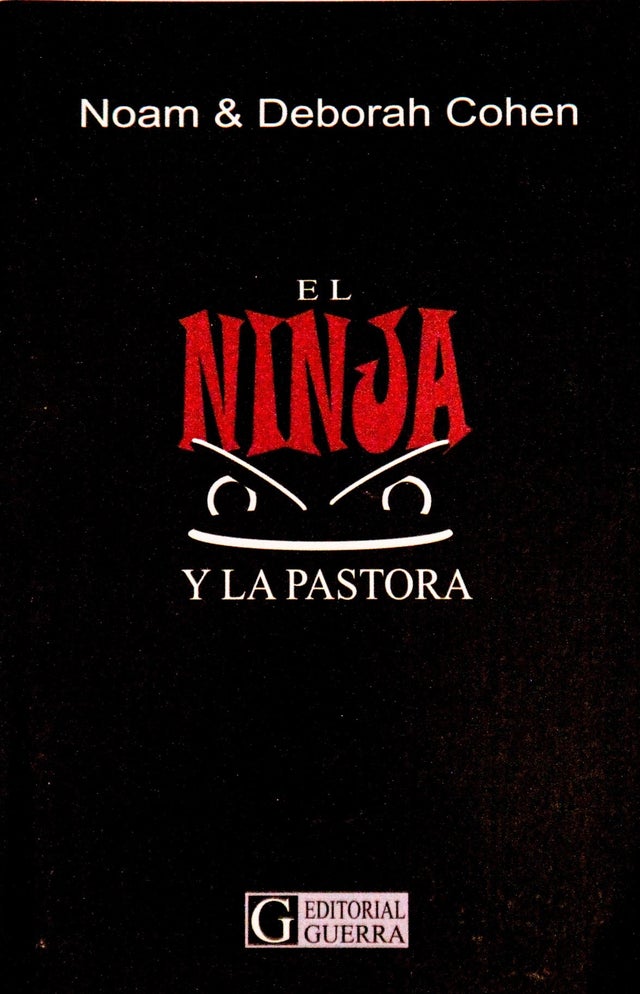 SPANISH VERSION of The Ninja and the Pastor:

He came from the east, she came from the west. He was into martial arts and new age, and she was an American pastor. Both dying inside, they met in the lowest place on Earth – the Dead Sea, Israel.

Avinoam Ezra Cohen (Noam) was born to a traditional Jewish family in Jerusalem and had experienced the first Lebanon war as a tank commander in the IDF. Discouraged after seeing friends die, he went to Japan to seek ” The Way” and to learn the martial art of the Ninja, only to be forced to return to Israel 21 years later, broken, with one suitcase in hand.

Deborah (Debbie) was born and raised in the small town of Bellingham, Washington, in the northwest corner of the United States. She pastored a vibrant church and traveled to many countries ministering the Word of God in meetings, on radio, and on many tours to Israel. After 17 years of ministry, everything in her life fell apart and she wound up traveling one more time to Israel, also broken and with one suitcase in hand.

This is the story of a Jewish man’s journey to seek truth and to finally find it in his Messiah, Yeshua (Jesus), with the help of an American pastor named Deborah. And it is a story of romance after the shock, grief and trauma of divorce. The Ninja and the Pastor met and were healed together as they walked in “His Way”!